Forman’s Locking Up Our Own: Crime and Punishment in Black America examines how mass incarceration, which affects people of color disproportionately, stems from the war on crime that began in the 1970s and was supported by many African American leaders in the nation’s urban centers. He is shown being congratulated by UGA University Librarian Toby Graham, right. 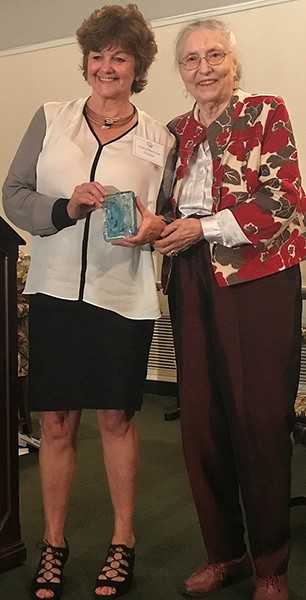 MacLean’s Democracy in Chains: The Deep History of the Radical Right’s Stealth Plan for America has roiled the far right with its look at the history behind the movement whose goal is to constrict the function of democratic governance. She is shown with Juror Mary Twining Baird presenting the award.