The stories of the University of Georgia’s female athletes will be on display this fall at the UGA Special Collections Libraries. 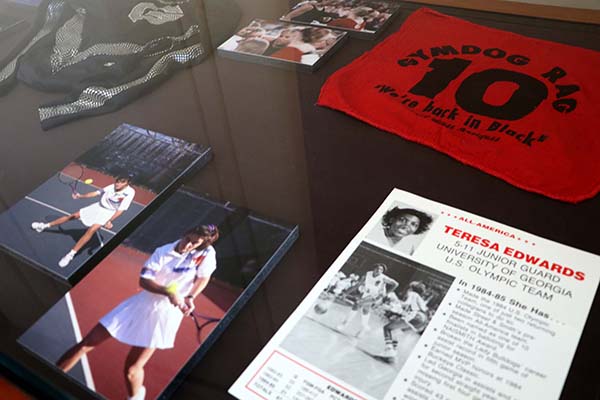 Marking the 50th anniversary of the passage of Title IX, the Hargrett Rare Book and Manuscript Library is hosting a new exhibit entitled A Chance to Play: Title IX and Women’s Athletics at UGA. The exhibit opens Friday, Sept. 9, and the first of several free tours of the exhibit will be held that day at 3 p.m.

Through photos and other artifacts, the exhibit tells the history of the women’s athletics program at the university, offering rarely and never-before-seen mementoes from the women’s physical education and recreational sports programs prior to 1972, when the Title IX law opened opportunities for women’s sports across the nation.

Some of the most celebrated women in the past 50 years of UGA athletics history will be featured in the display, including Teresa Edwards, a member of the Women’s Basketball Hall of Fame and a four-time Olympic gold medalist, and Lisa Spain Short, the first woman to receive a full scholarship for tennis at UGA who was inducted into the ITA Women’s Collegiate Tennis Hall of Fame. 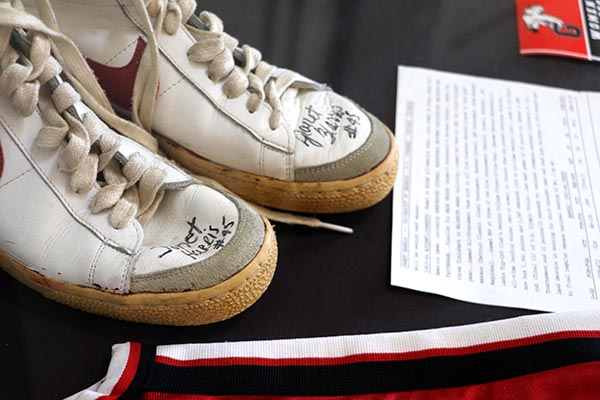 The exhibit also highlights the story of Liz Murphey, the women’s golf coach and assistant athletic director who led the transition from recreational sports to a top tier women’s athletics program in the 1970s and ‘80s.

“The women’s teams have been so successful and have produced so many outstanding athletes and coaches that this story should bring back great memories for all Georgia fans,” said Jason Hasty, Hargrett Library UGA athletics history specialist, who curated this exhibit. “I’m especially excited to bring forth the stories of the women who, prior to Title IX, pushed boundaries to develop women’s recreational sports programs. Theirs is a story which has never been properly told.”

A Chance to Play: Women’s Athletics at UGA will remain on display in the Rotunda Gallery of the Richard B. Russell Building Special Collections Libraries through spring 2023. The exhibit is free and open to the public.

This fall, fans can kick-off their football weekends with a free tour of this exhibit at 3 p.m. on Fridays before each home football game this season.  This tour is free to the public with no prior registration required. 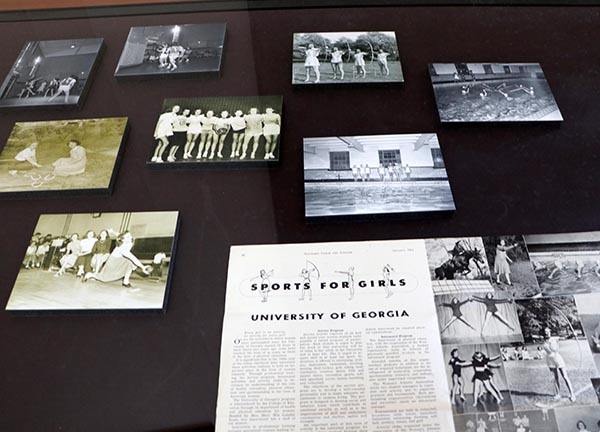