Gold nuggets, historic maps, photographs, postcards and other artifacts help tell the story of Georgia’s antebellum gold rush – which preceded the frenzy in California by two decades – in an exhibit at the Hargrett Rare Book and Manuscript Library.

Opening June 5, the exhibit features a complete set of Dahlonega Mint coins and illustrates how this  early development of southern industrialization, while profitable, was also destructive as it remade local economies, societies, and environments. In pursuit of wealth, miners ripped apart stream beds and hillsides, cut down forests, and erected miles of wooden flumes and towns of wooden shacks. Public and private mints sprang up to transform precious metal into currency and, with the help of the state and federal governments, speculators obsessed with the prospect of riches drove the Cherokee from Georgia. 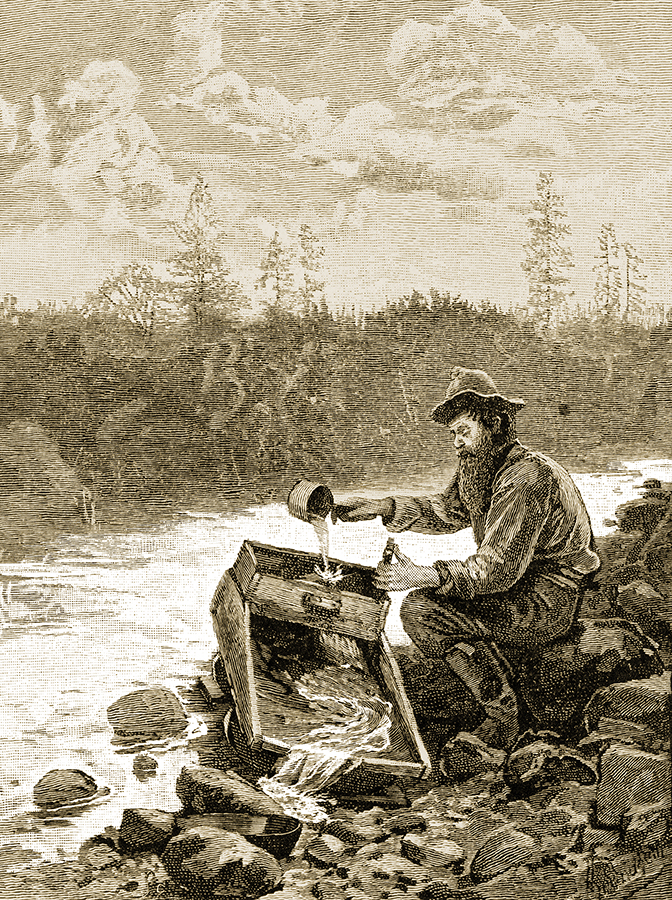 Legend has it that Georgia’s gold rush began in 1828 when a farmer stumbled over a rock and noticed it was flecked with gold.  Prospectors flooded north Georgia, most of which was Cherokee territory, and within a few months that largest gold rush in the nation to date was underway. Two years later, the U.S. Congress passed the Indian Removal Act, ultimately forcing Native Americans from the state.  When word of a new strike in California spread, prospectors left for the west coast in 1849.

A centerpiece of the exhibit is the Thomas Leverette McMullan Reed Creek Collection of Dahlonega Mint Coins, recently donated to the UGA Libraries by Mr. McMullan’s son, John. Support for the exhibit was provided by John F. McMullan, the James W. Woodruff, Sr. Center for the Natural History of Georgia, the Stephen E. Draper Center and Archives for the Study of Water Law and Policy and the Willson Center for Humanities and Arts.

The exhibit, at the Richard B. Russell Building Special Collections Libraries, will be on display through Dec. 5. Several programs are planned: