Georgia’s Battle with Bugs on Display at University of Georgia

Long before Joro spiders began spinning webs across the Georgia landscape, pests, from fire ants and the boll weevil to the kudzu vine, have bugged the state’s farmers, business owners, and residents.

Those pests, past and present, and the ways that scientists, government officials and others have battled them, will be highlighted in a new exhibit on display by the University of Georgia’s Russell Library for Political Research and Studies.

The exhibit “At War with Nature: The Battle to Control Pests in Georgia’s Fields, Forests, and Front Yards” will be on display through May 27, 2022 at the Special Collections Libraries. 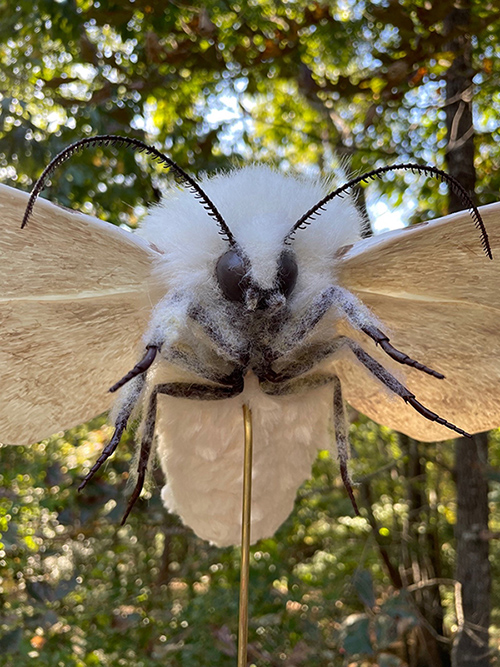 With 3D models of bugs alongside newspaper articles, government documents, photos, and more, the exhibit takes attendees on a journey through the entomological and horticultural wars that Georgians have waged in their own backyards as well as the environmental, economic, and public health concerns related to pests and eradication efforts. 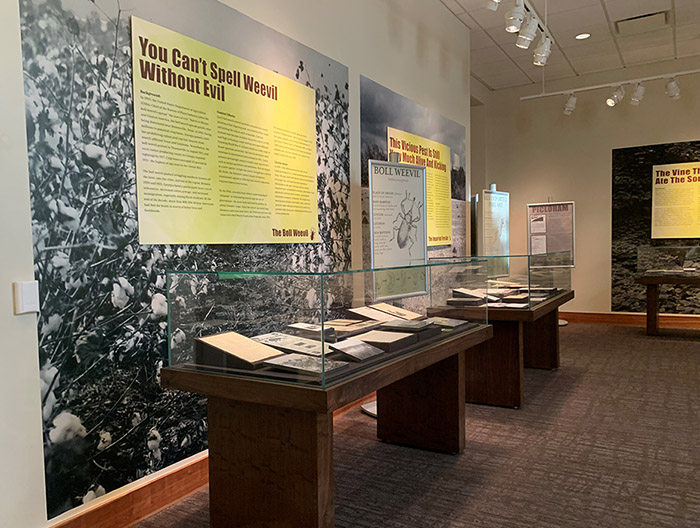 The exhibit draws heavily on the papers of the two individuals who led the state’s agriculture efforts during the second half of the 20th century. J. Phil Campbell Jr., an Oconee County farmer and former state representative, served as Georgia Commissioner of Agriculture from 1954 to 1969 before becoming Undersecretary of the United States Department of Agriculture. His successor, Tommy Irvin, holds the record as longest-serving state official for his stint as Commissioner of Agriculture from 1969 until 2011. Both Campbell and Irvin donated their papers the Russell Library, one of three special collections units of UGA Libraries.

“Just as 20th–century Georgians wrote their state and federal representatives about legislation to kill boll weevils or the imported fire ant, future Russell Library collections will bear witness to the current war against the Joro spider. Most interesting will be the story of what it takes to develop policies with which all constituencies can live,” said Sheryl Vogt, director of the Russell Library. 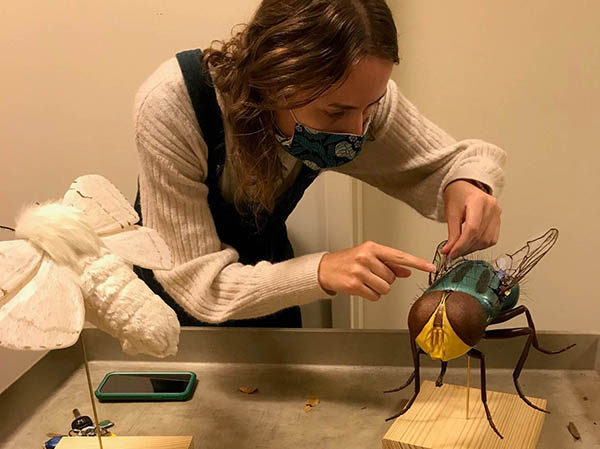 “We have been so fortunate to work with so many talented and creative students on this project. Their work has expanded the vocabulary we can use to connect with a wide array of visitors to the exhibit,” said Jill Severn, the library’s access and outreach archivist.

The galleries at the Special Collections Libraries, located on the University of Georgia campus in Athens, are open from 8 a.m. to 5 p.m. weekdays, with extended evening hours until 7 p.m. on Tuesdays and Thursdays this fall. For more information, or to schedule a tour, visit libs.uga.edu/scl. 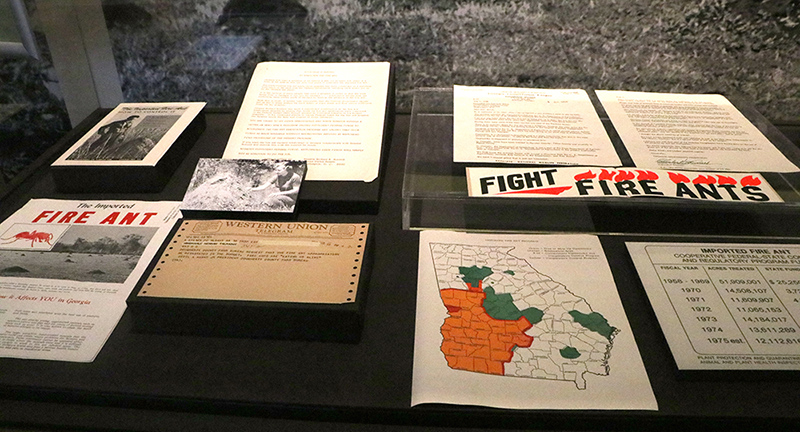