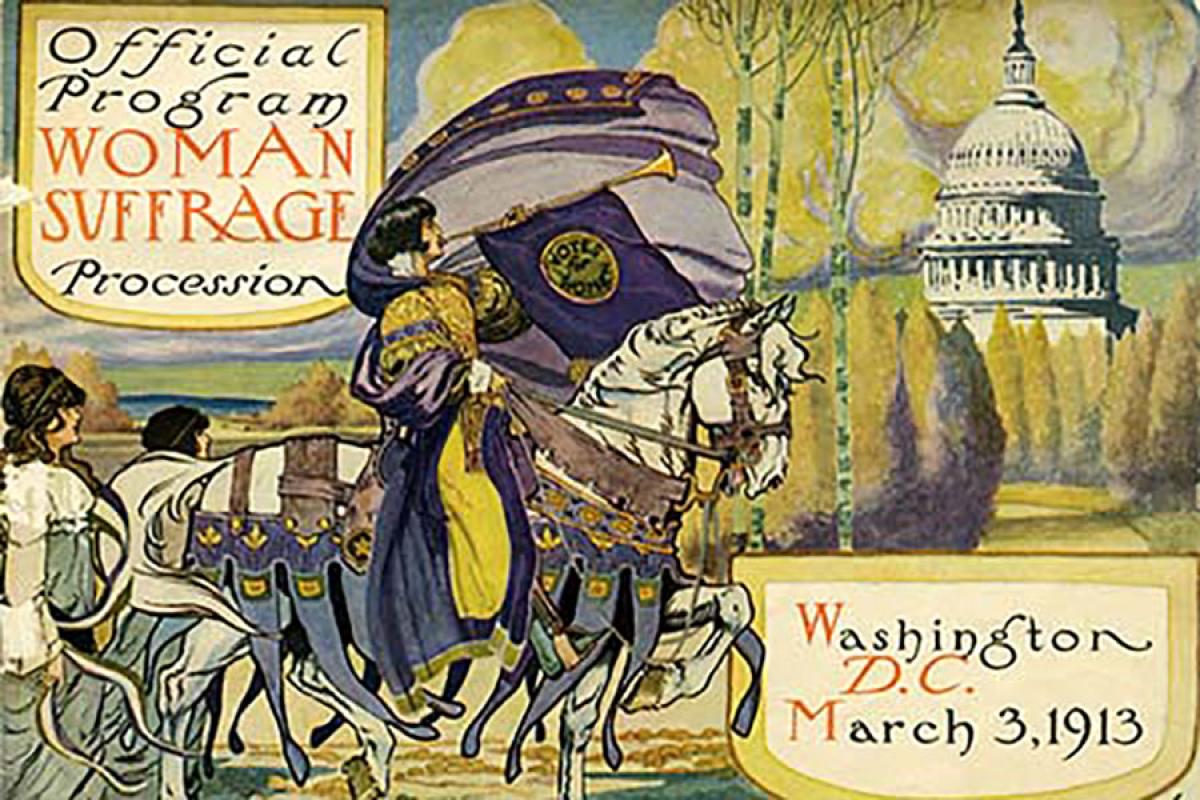 The Center acquires, preserves, and provides access to historic materials related to rights of women. Additionally, the Center supports student internships, exhibits, and public programs. The Archive is comprised of primary and secondary materials in a variety of formats with an emphasis on documenting women's rights, especially the United States and British Women’s suffrage movements (1840-1920), second-wave feminism and Equal Rights Amendment, and U.S. women’s protest movement of the 21st century.

Select Research and Projects Funded by the Draper Center:

Lucy Hargrett Draper was born by lamplight on her Civil War maternal great-grandparents' South Georgia Wayne County farm in 1941. The eldest of four daughters and the first in her mother's family to graduate from college, she is a UGA graduate and has earned advanced degrees in History, Education, and Law which she applied to a half century of activism on behalf of educational, economic, and legal equity for women and educational reforms for children.

Lucy Draper has founded and been involved with a number of civil rights and women's rights organizations on the local, state, and national levels for more than five decades. In 1973, when her husband's military career took her to West Point, Lucy founded and served as the first President of West Point NOW, focusing on the admission of women to the U.S. service academies. In 1976, while stationed at Ft. Leavenworth, Kansas, Lucy founded and served as the President of Kansas W.E.A.L. focusing on ratification of the Federal Equal Rights Amendment and women's rights.

For her work on behalf of the rights of women and as a South Georgia educator in segregated school systems, Lucy Draper was honored by the ACLU of Georgia with their 1980 Bill of Rights Award and was the first recipient of the Georgia Federation of Business and Professional Women's Club's Mamie K. Taylor Award (Mamie had been a teenage suffragist in the 19th century).

In addition to her record of activism on behalf of women, Lucy Hargrett Draper, under the early tutelage of her cousin Felix Hargrett, spent her adult life identifying, collecting, and preserving the record of activism on behalf of women's rights movements in the 19th and 20th centuries. Her collections include but are not limited to rare books, treatises, manuscripts, artifacts, photographs, and ephemera which she has chosen to donate to public institutions. To preserve these materials and make them available for scholarly research, Lucy established three collections. In 1996, she founded the Lucy Hargrett Draper Federal ERA Collection and Endowment at Georgia State University Library's Special Collections. In 2014, the collection was expanded and is now known as the Lucy Hargrett Draper Collections on Women's Rights, Advocacy, and the Law, (1921-ff), with a focus on the "Unsung Heroines" of the second U.S. Women's Movement beginning in the 1960's.

In 1996, in honor of the University of Georgia, Lucy established an endowment and in 1998 the Lucy Hargrett Draper Center and Archives for the Study of the Rights of Women in History and Law in the University of Georgia's Hargrett Rare Book and Manuscript Library. The focus of these collections documented the British and United States Women's Suffrage Movements (1840-1920). To place these materials in historical context, however, the collections also include texts, treatises, and legal documents from the 16th century to the post-20th century related to the women's rights, women and the law, women's liberation and reproductive rights movements. For twenty years the Hargrett Library has held Women's History Month Annual Exhibits of materials donated by Lucy and now the entire collection is being made available to the public for research. Lucy Draper remains actively engaged in establishing research collections. As of 2013, she was invited by the U.S. Military Academy Special Collections in the West Point Library to establish the Lucy H. Draper Collection and Endowment on Women at the United States Military Academy.

Mrs. Draper and her husband, Dr. Stephen E. Draper, have contributed to the construction of the new UGA Special Collections Libraries, established endowments in the Hargrett Rare Book and Manuscript Library and established three Centers holding their priceless collections. They are among the descendants of a long line of Hargretts and Woodruffs who have graduated from the University of Georgia.