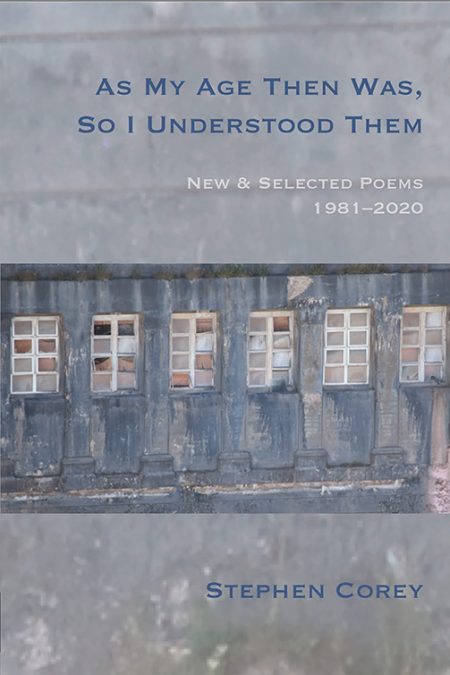 Join us for a reading with Georgia Review Editor Emeritus Stephen Corey to celebrate the release of his new collection, As My Age Then Was, So I Understood Them: New & Selected Poems, 1981–2020, on Thursday, September 1st from 7:00 to 8:30pm at the Richard B. Russell Building Special Collections Libraries, Room 285.

Stephen Corey joined the staff of The Georgia Review in 1983 as assistant editor and subsequently served as associate editor, acting editor, and, from 2008 to his retirement in 2019, editor. His most recent book is Startled at the Big Sound: Essays Personal, Literary, and Cultural (Mercer University Press, 2017); he has also published nine collections of poems, among them There Is No Finished World (White Pine Press) and Synchronized Swimming (Livingston Press); his individual poems, essays, and reviews have appeared in dozens of periodicals; and he has coedited three books in as many genres, including (with Warren Slesinger) Spreading the Word: Editors on Poetry (The Bench Press). In August of 2022, White Pine Press will release his As My Age Then Was, So I Understood Them: New and Selected Poems.