Symposium on the Book 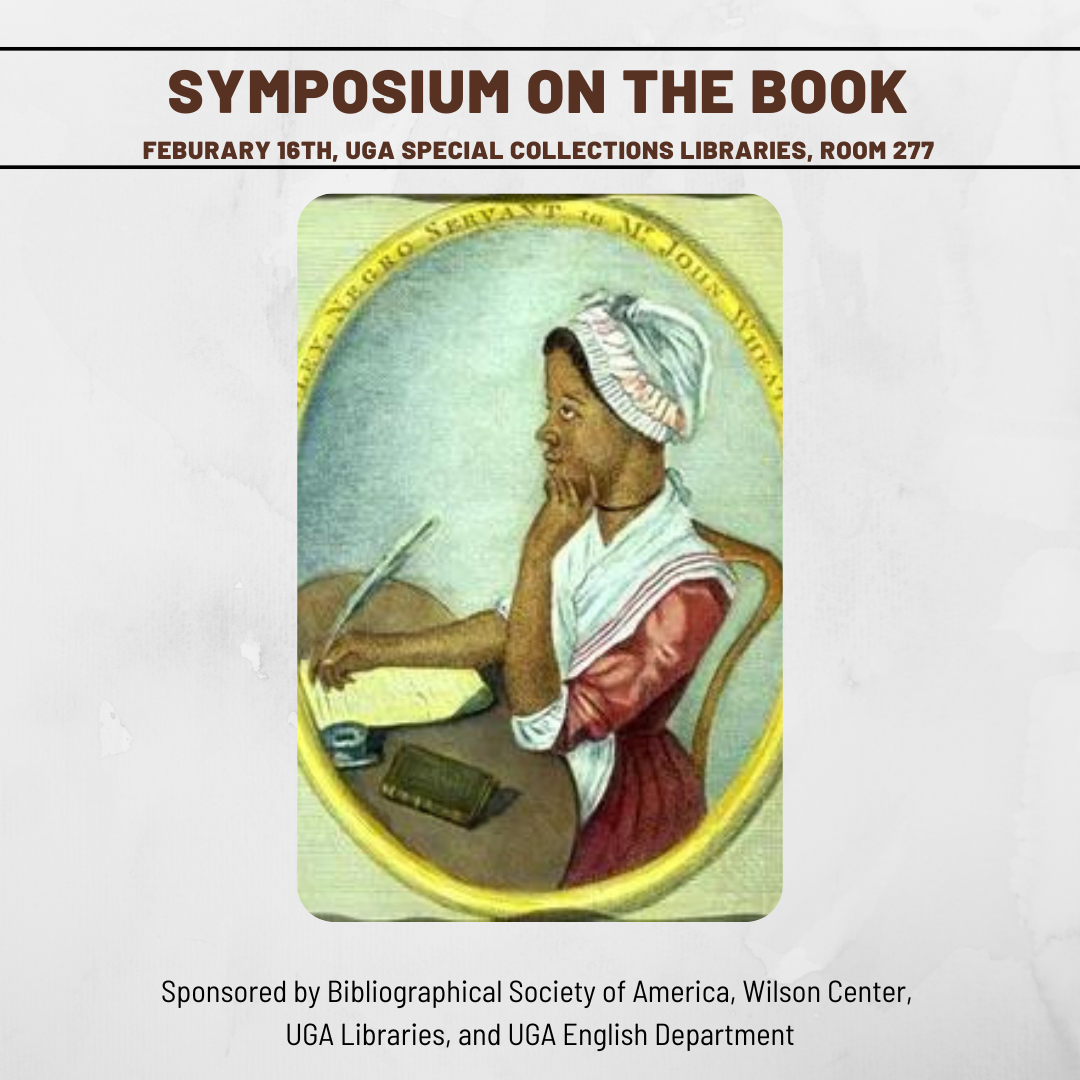 Lecture, "The Blood of Christians: Phillis Wheatley Peters and White Christianity" with Professor Kim Coles, 10AM:

Kim Coles is Professor of English, Women, Gender, and Sexuality Studies, and Classics at the University of Maryland. Her current book, Bad Humor: Race and Religious Essentialism in Early Modern England, just appeared from the University of Pennsylvania Press.The book uncovers how belief itself — the excess, defect, or lack of religion — was largely apprehended and understood in terms of temperament in the early modern period. Race in this period is a concept at the crossroads of a set of overlapping concerns of lineage, religion, and nation. Bad Humor is about how these concerns converge around a pseudoscientific system that confirmed the absolute difference between Protestants and Catholics, guaranteed the noble quality of English blood, and justified English colonial domination.

Her work has been supported by the John W. Kluge Center, the Warburg Institute, and the Folger Shakespeare Library. This talk will draw from her current work on race, religion, and gender in the early modern Transatlantic, with specific reference to Phillis Wheatley Peters and White Christianity. The event forms part of the year-long series of events by UGA and TCU to commemorate the 250th anniversary of the publication of Phillis Wheatley Peters' Poems.

Professor Kim Coles (Professor of English, Maryland), along with our colleague David Diamond (Assistant Professor of English and African American Studies, Georgia) will run a rare books centered workshop open to the public in the University of Georgia’s Special Collections Libraries building centered on the history of enslavement in conjunction with the 250th anniversary of the publication of Phyllis Wheatley Peters's book of poetry, the first published collection of poetry by an African American woman.

After brief introductions by Professors Coles and Diamond, the workshop will then turn to discussing and investigating items from the Hargrett Rare Book and Manuscript Library on display relating to early Black poets, enslavement, and race, Hargrett’s collection not only includes the first edition of Wheatley Peters’s Poems on Various Subjects, but also an earlier edition of her Elegy (1771), along a number of other relevant items, including a broadside description of a slave ship from 1779, the papers of early American abolitionists, and eighteenth-century texts theorizing racial difference. Participants at the workshop will learn how Wheatley Peters was able to publish her poetry, the diversity of forms that early modern and eighteenth-century texts took, how to research subjects like racial history in a rare books archive, and how critical studies of race have been changing and invigorating rare books archival bibliography and scholarship.

Symposium on the Book