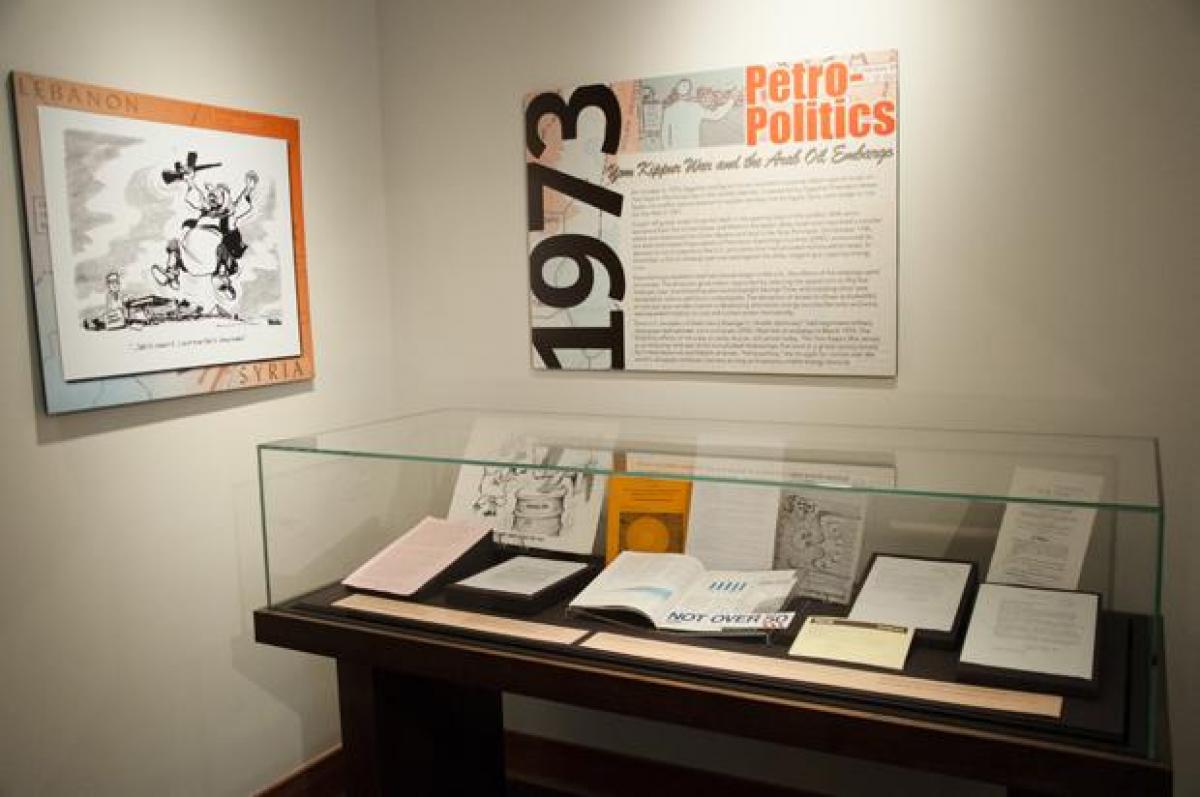 There are some moments in history that become powerful touchstones, revisited to reflect and inform a better understanding of the present day. The Russell Library has developed a periodic exhibit series, Now and Then, to revisit pivotal years in modern American history. We begin with a trip to 1973.

Forty years later, take a look back at this pivotal year in American history and the lasting legacy of the events that filled the public mind for a moment in time.