Virtual Panel: Behind the Scenes with Freelance Filmmakers 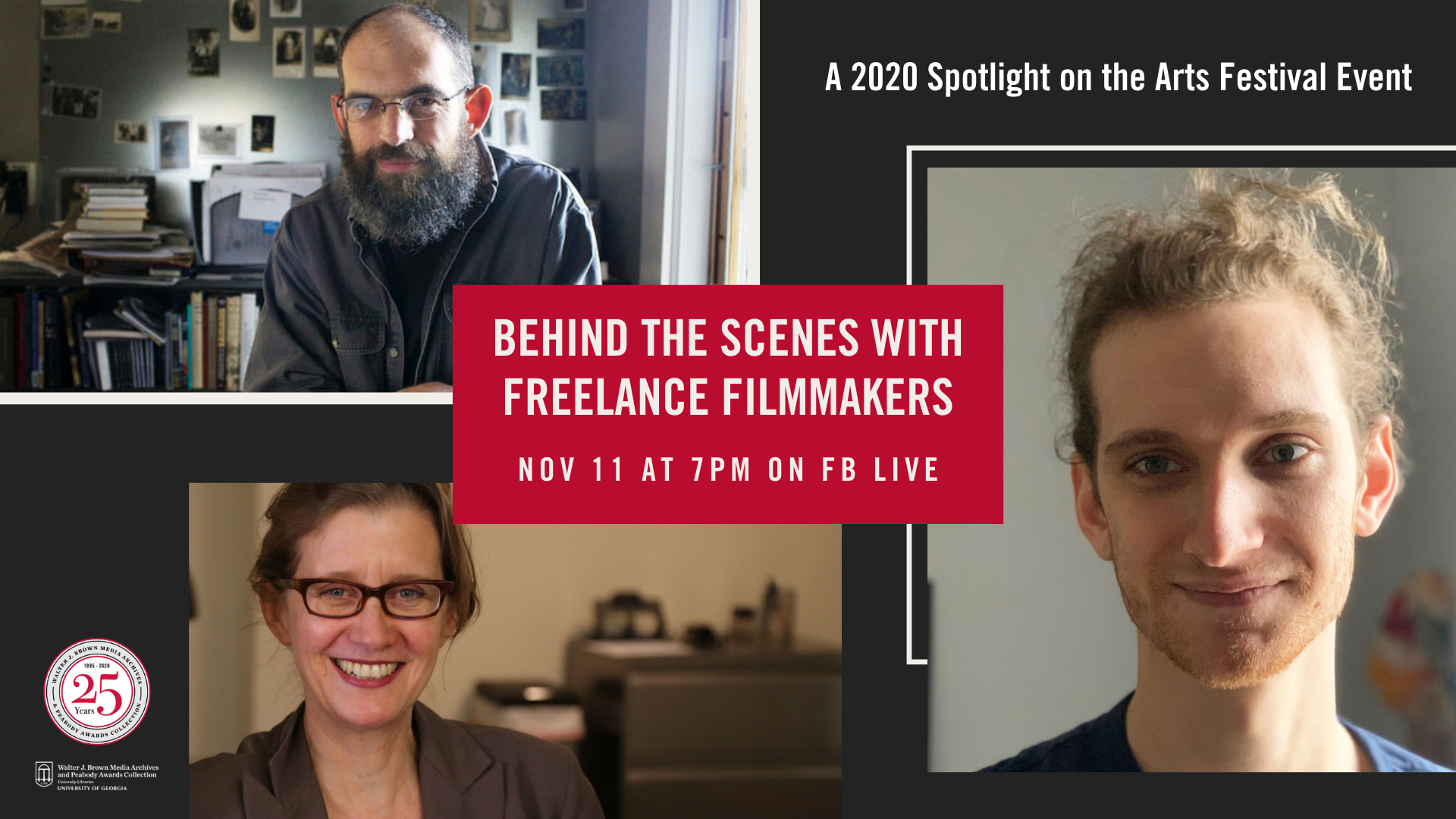 Have you ever wondered who does all the research for some of your favorite documentaries and films? The answer is freelance archival producers! These "footage detectives" dive into the archives and wade through decades worth of material to bring documentaries to life. Their profession has been described as "Indiana Jones for nerds." Footage researchers are born storytellers, and their behind-the-scenes tales are often even more entertaining than what we see on the screen.

On Wednesday November 11 at 7PM, the Walter J. Brown Media Archives & Peabody Awards Collection will host a virtual panel discussion with freelance filmmakers and footage archivists Judith Aley, Solomon Polshek, and Rich Remsberg on Facebook Live. As part of the Spotlight on the Arts festival at UGA, the filmmakers will discuss their experience completing media archival research at the Special Collections Libraries and developing content for everyone from independent producers to big name production companies, such as HBO. The event is part of a celebration of 25 years of Brown Media Archives.

Judith Aley has been an archival researcher and producer for more than 30 years. She likes finding stuff. She recently completed work on Spike Lee’s Da 5 Bloods for Netflix, Atlanta’s Missing and Murdered: The Lost Children for HBO and Reconstruction: America After the Civil War, for PBS . Other notable credits include Nathaniel Kahn’s The Price of Everything, Michael Moore’s Capitalism: A Love Story and Sicko, and Amir Bar Lev’s The Tillman Story, along with many projects with Spike Lee including When the Levees Broke, and The BlacKKKlansman.

Solomon Polshek is an archival producer and archival database consultant based in New York City. His credits include Slay the Dragon, and the HBO series Atlanta’s Missing and Murdered: The Lost Children.

Rich Remsberg is an Emmy Award-winning archival producer and visual researcher based in Western Massachusetts and New York City. His credits include Bobby Kennedy for President, NUTS!, Happy Valley, and the Oscar-nominated A Night at the Garden. He has served on the faculty of the Maine Media Workshops and the Library of Congress’ American Folklife Center Field School; was a frequent collaborator with the sampling-based music duo The Books; and has been a contributor to VICE, Esopus, and NPR’s online feature, The Picture Show.

Virtual Panel: Behind the Scenes with Freelance Filmmakers