Panel Discussion: A Rush to Judgment? The Warren Commission and the Dissent of Richard Russell 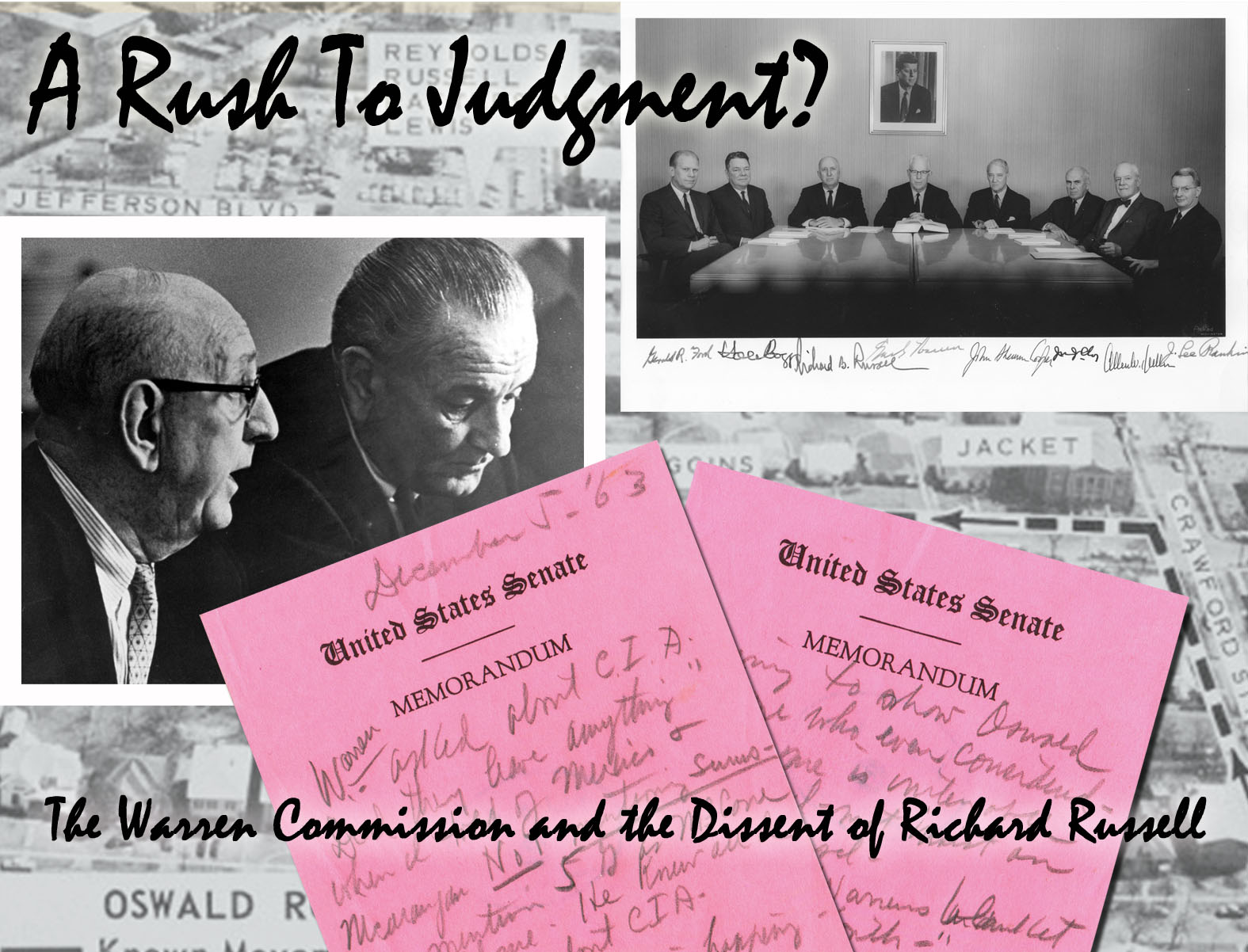 In June 1968 Senator Richard Russell discovered that the dissent he presented at the last executive session of the Warren Commission, the body assembled to investigate the assassination of President John F. Kennedy, and references to the debate it prompted were not included in the official records at the National Archives. Join us for a conversation with three senior aides to the Senator who worked in his Washington office in the 1960s as they explore Russell's service as a member of the famed commission, the reasons for his dissent, and his reaction to the exclusion of that dissent from the official record. A light reception will follow the program. For more information contact Jan Hebbard at 706-542-5788.

Panel Discussion: A Rush to Judgment? The Warren Commission and the Dissent of Richard Russell