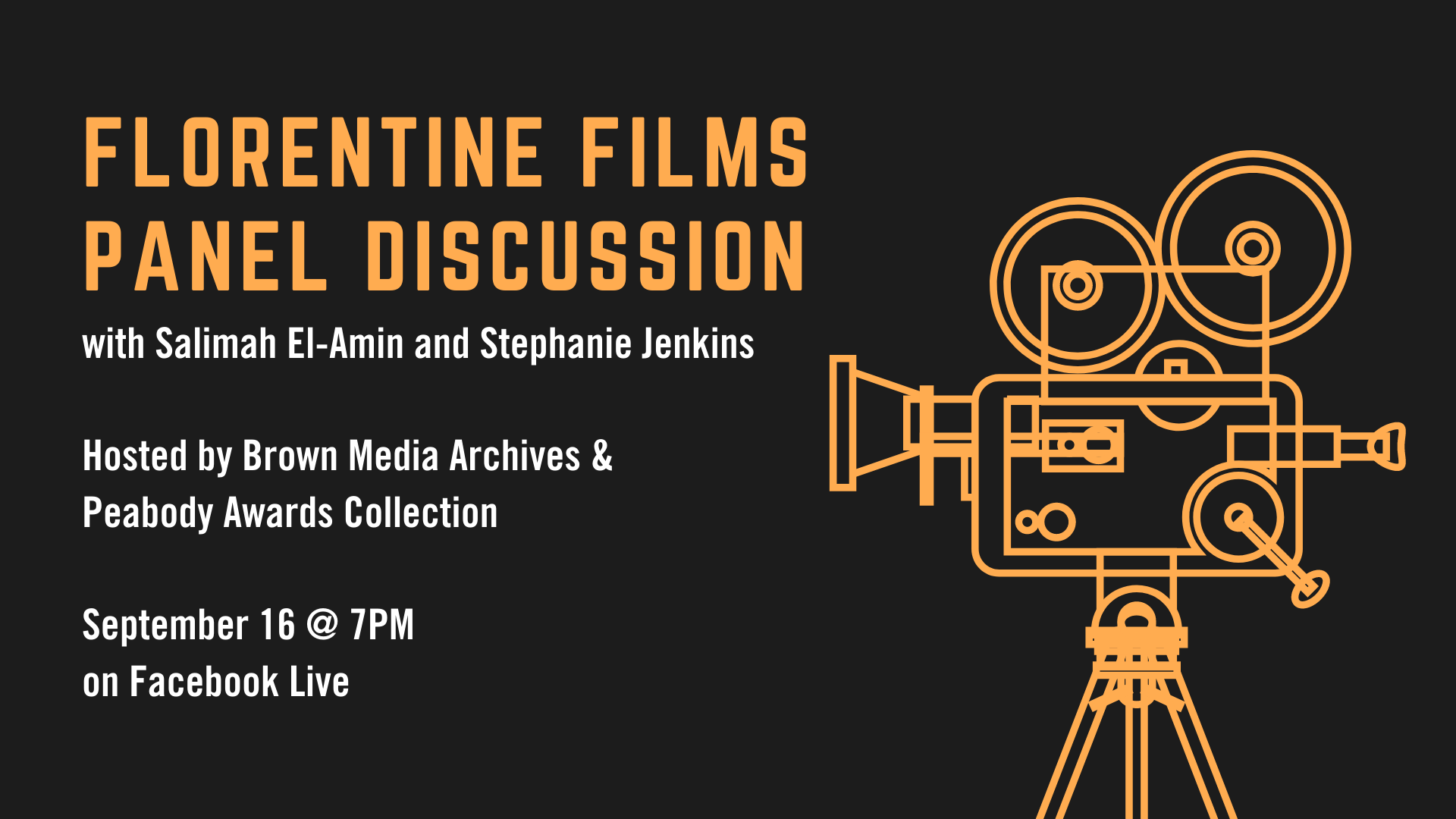 Part detective, part historian, archival researchers find the audiovisual traces of history that help documentary filmmakers bring history to life. If you're a history buff, you've probably watched documentaries featuring archival photographs and film. But how do the pieces of the puzzle come together to make a documentary? More importantly, where do those puzzle pieces come from? The Walter J. Brown Media Archives & Peabody Awards Collection is joined by Florentine Films' archival researchers Stephanie Jenkins and Salimah El-Amin for a behind-the-scenes look at the art and craft of the documentary researcher. The discussion will be hosted live on Facebook on September 16 at 7PM.

Stephanie Jenkins has been working with Ken Burns and Florentine Films since 2010, first as production coordinator on The Central Park Five (2012), then associate producer on Jackie Robinson (2016),  co-producer on East Lake Meadows: A Public Housing Story (2020). She is currently a producer on the upcoming Muhammad Ali (2021). Stephanie enjoys nothing more than getting deep into archival footage research, both with personal and commercial collections. In addition to her work at Florentine, she has contributed archival research to non-fiction media such as WNYC’s Radiolab and Spike Lee’s Forty Acres and a Mule Productions. She is a 2018-2019 Impact Partners Producing Fellow.

Salimah El-Amin is a co-producer on a forthcoming documentary film about the life and work of Ernest Hemingway. Directed by Ken Burns and Lynn Novick, Hemingway is slated to be released in 2020. She is also a producer on College Behind Bars, a documentary film directed by Lynn Novick. This film, released in 2019, is an intimate look at a highly successful college program for men and women incarcerated in the New York State prison system. More recently, Salimah was a co-producer on Ken Burns and Lynn Novick’s The Vietnam War, where she received an Emmy Award in Research for her work.

The event is part of the celebration of the 25th anniversary of Walter J. Brown Media Archives & Peabody Awards Collection.